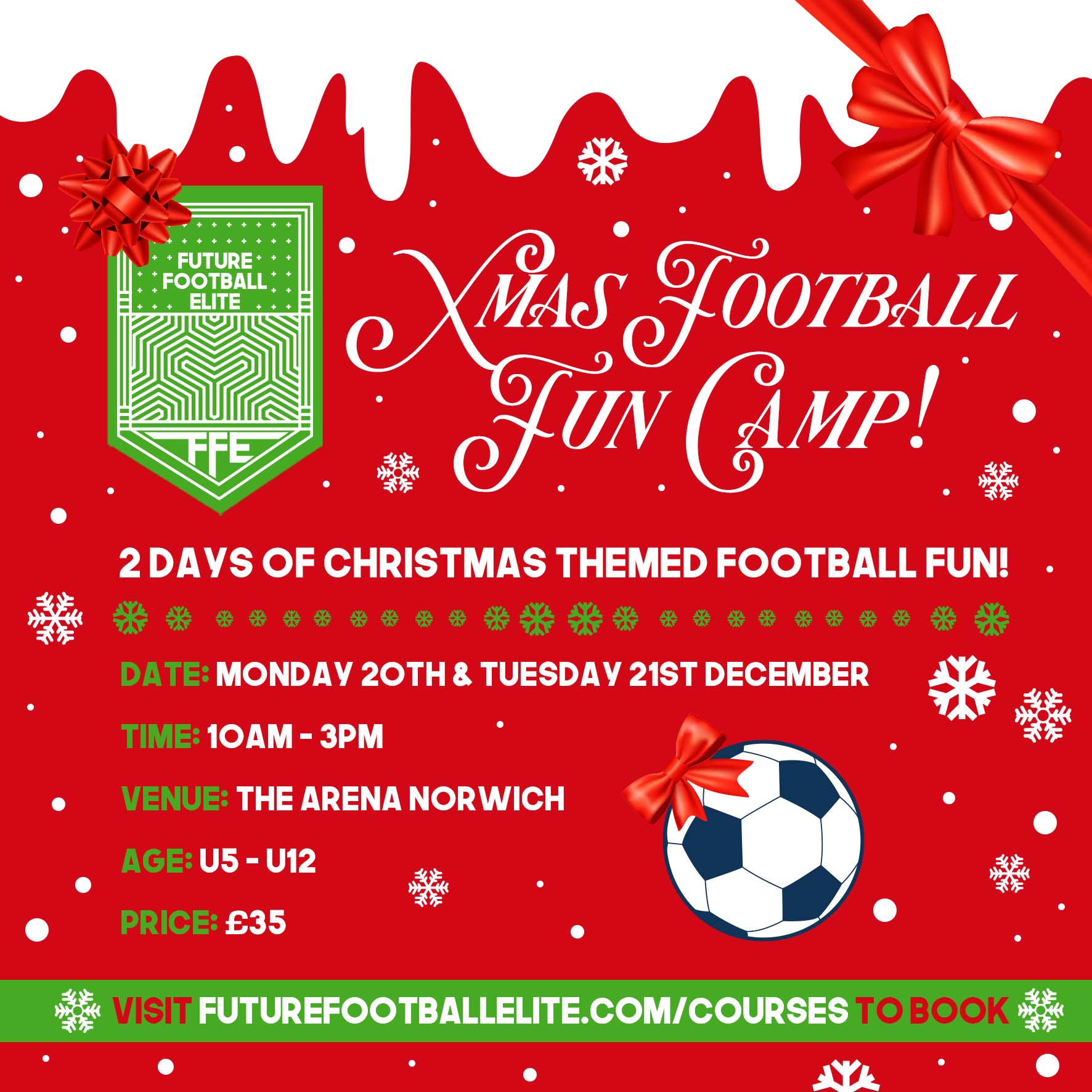 An action packed two days of festive football fun this coming holiday. There will be plenty of your favourite football games and practices all with festive twist.

Camp being held at the Arena, Norwich. Norfolks only commercially available INDOOR football centre, meaning spirits wont be dampened by the english weather.

Available for U5 to U8 boys and girls only.

Thank you! Your submission has been received!
Oops! Something went wrong while submitting the form.